Constitution Day: The Legacy of Lincoln 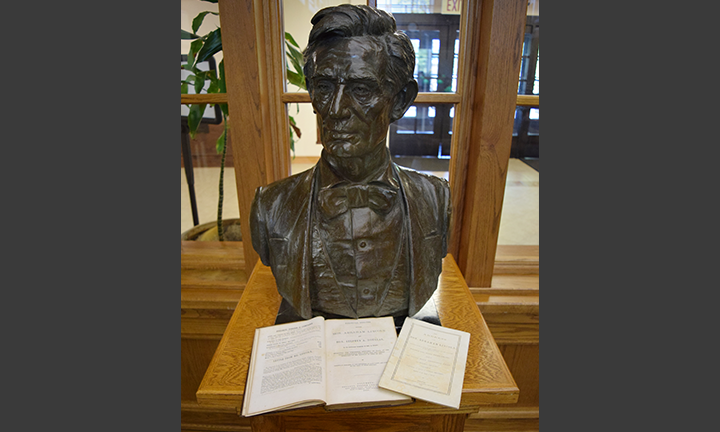 In honor of Constitution Day and, in particular, the legacy of President Abraham Lincoln, we present a sampling of materials and video lectures from Prof. Rick Tepker and the OU College of Law.

The Debates of Lincoln and Douglas

A first edition of the reprint of the Lincoln-Douglas debates of 1858, arranged by Lincoln. The Lincoln-Douglas debates were a series of formal political debates between the challenger, Abraham Lincoln, and the incumbent, Stephen A. Douglas, in a campaign for one of Illinois' two United States Senate seats. Although Lincoln lost the election, these debates launched him into national prominence, which eventually led to his election as president of the United States.

Before giving this speech in the Great Hall of The Cooper Union on Feb. 27, 1860, Lincoln was virtually unknown in New York, though he had held debates against Douglas in 1858. This speech, sponsored by the Young Men’s Republican Union in New York, is widely credited as the speech that catapulted Lincoln from relative obscurity to secure the presidential nomination.

H.F. Tepker, A New Birth of Freedom I : From Emancipation to Proclamation