In Her Own Words: Veronica Jacob’s Externship at U.S. Embassy Kampala 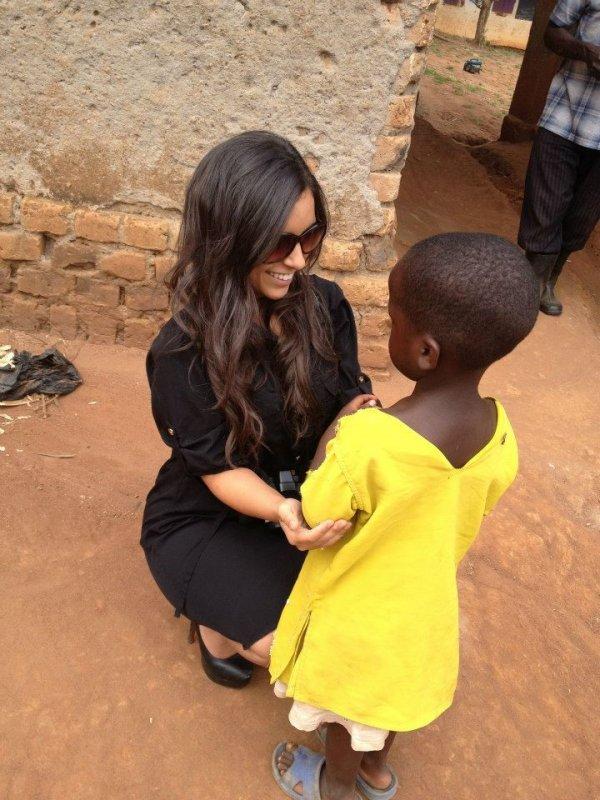 Over the course of my undergraduate studies and young professional career, the world of foreign service and international diplomacy had been elusive at best. Plus, it seemed stuffy and a bit too bureaucratic for my taste. I always held a passion for broadcast media, cultural diplomacy, and social entrepreneurship, but struggled finding a field where that intersection naturally occurred. By fall of my 3L year, I was on a plane across the pond and on my way to the U.S. Embassy in Kampala, Uganda, where I would spend over six months serving in their Cultural Affairs and Public Diplomacy department, and later be invited by the U.S. Ambassador to serve as his Staff Aide and Special Assistant until my return to the States. There was no coffee-making or paper-pushing involved. It was highly substantive and incredibly eye-opening.

In spring of my 2L year, after completing a course in International Law, I participated in the “Diplomacy Lab” – a State Department pilot program which has since been instituted as a nation-wide initiative, with University of Oklahoma now serving the prestigious role as program Secretariat. As I stood knee deep in research for the Diplomacy Lab, Professor Aswad encouraged me to apply to what I was later told (by an Embassy diplomat) was “one of the most competitive internship programs the State Department offered,” reserved “almost exclusively for Ivy Leagues.” Ignorance was bliss, so those hairsplitting odds did not even register in my mind, let alone taint my optimism and excitement about this program. (One thing I will say about that notion: apply, apply, apply – no matter the odds! Don’t even bother wasting precious time weighing the odds when you could instead be pouring those hours into creating an application that will make your readers raise an eyebrow. Too many people pass up dream opportunities before they even afford themselves the chance to seize it. Don’t do that! Apply.)

My first day on the ground, I was shuffled straight to a Fashion Show at the Ambassador’s residence. The whole event was inspired by Project Runway, where ten of Uganda’s up-and-coming fashion designers had been given one month and a challenge: to create an outfit that represented U.S.-Uganda partnership, which would then be modeled by the U.S. diplomats. It was spectacular, and later named as Uganda’s top event of the year. It highlighted the economic potential of Uganda’s youth, celebrated partnerships in health, peace and security, and ingeniously depicted abstract concepts of democracy and governance. And it communicated a very powerful message to Ugandans: that the Ambassador and the US were open and invested in the people of Uganda -- rather than remaining the proverbial wizard behind the curtain, as many embassies and political leaders are typically viewed. This very grass-roots and hands-on approach to diplomacy was emblematic of the type of work the U.S. Mission in Uganda did, and the impact it consistently had. And that event is also where I met and bonded with the Ambassador and his wife, who welcomed me in a very personal way, and made me feel absolutely at home from that day forward.

Working in the Cultural Affairs and Public Diplomacy Department, we were on the front lines of all things special events, media, press, and cultural and education exchanges, including programs such as Fulbright. Every morning we had press briefings, where our local staff would pull articles on all the hottest issues and dish out the most recent scandals and political gossip. After a week of warming up to the Embassy, I was assigned to serve as country coordinator for Mandela Washington Fellowship Program, formerly known as the Young African Leadership Initiative, a highly competitive international exchange program instituted by President Obama. We vetted over 1300 applicants, interviewed 90, and finally selected a very impressive 18. Shortly thereafter, they allowed me to serve as coordinator for Generation Change, a domestic program designed to identify and bring together Uganda’s emerging youth leaders in order to bridge societal gaps, particularly between disparate cultural, religious and socioeconomic groups through leadership development, individual empowerment, and cultural exchange. Later, when asked to serve in the Ambassador’s office, I had the opportunity to write his speeches, brief him on events and television appearances, and accompany him on visits with the Prime Minister, the Ministers of Health and Finance, Members of Parliament, and other heads of State . . . and pick his brain and exchange stories during the long commutes and heinous traffic.

As a last hurrah, I had the indescribable pleasure of seeing a vision of mine come to life: a Red Carpet event in Bwaise, the most notorious slum in Kampala.  The event was intended to nurture the potential in the Bwaise youth by highlighting successful Ugandans that have succeeded despite all odds, encouraging them with messages like “your origin does not determine your destination”, and “hardship cultivates greatness”. It was a huge success! It was quite possibly the ONLY time in Bwaise’s history that it was showcased in a positive light. The planning committee did an incredible job, the emcees were phenomenal, the house was PACKED (500+), and the crowd was so responsive to the messages-- they were actively engaged and asking substantive questions. And every time a "star" was escorted down the red carpet, the crowd went wild. When the emcees asked the crowd if they wanted another event like this next year, they all cheered! It was so invigorating to see a seed of an idea come to life and be so well received.

I could write about this experience for days. But overall, the opportunity far exceeded my expectations and quenched my craving for substantive international experience. And I would encourage anyone who has that itch to scratch it by all means!