Katheleen Guzman Named Dean of the OU College of Law 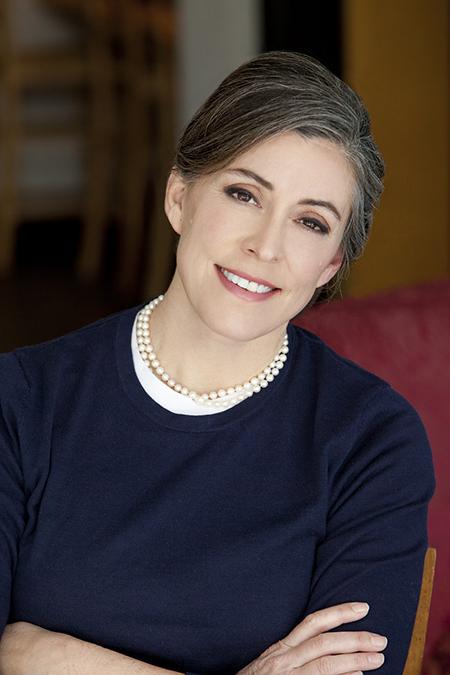 The OU Board of Regents confirmed the appointment of Katheleen Guzman as the 13th Dean of the University of Oklahoma College of Law on May 27, 2021.

Guzman served as the college’s interim dean since June 2019. A member of the College of Law faculty since 1993, she has taught numerous courses targeting the dimensions of property and its transfer. She was named the MAPCO/Williams Presidential Professor in 2000 and the Earl Sneed Centennial Professor of Law in 2015. Over the years, she has served the College of Law in a number of administrative roles, including associate director of the Law Center, associate dean of academics, and associate dean for research and scholarship.

A national search was conducted for the position, attracting 25 qualified applicants. The search committee – made up of 10 members representing College of Law faculty, students and Board of Visitors; a staff representative; and faculty representatives from the Mewbourne College of Earth and Energy, the College of Arts and Sciences, and the Gallogly College of Engineering – interviewed 12 semifinalists, ultimately selecting four finalists. The search solicited feedback from all College of Law constituencies and from other college deans, the Faculty Senate Executive Committee, and members of the executive team.

“An award-winning educator, longtime faculty member and devoted mentor, Katheleen Guzman knows firsthand what it takes to succeed in the legal profession,” said OU President Joseph Harroz Jr. “Her enthusiasm for our students, passion for the pursuit of scholarly excellence and widespread admiration among her peers make her an outstanding choice to lead the College of Law. I am confident that under her leadership, the college will continue its forward momentum in preparing students to excel as lawyers, advocates and leaders.”

Guzman has received numerous awards for teaching, including the 2014 Medal for Excellence Award from the Oklahoma Foundation for Excellence for Research University Teaching and the 2008 Merrick Foundation Teaching Award from OU. The OU Law student body has also presented her with several awards, including selection as “Outstanding Law Professor” and as one of the three professors chosen to hood graduating 3Ls during Convocation. Last fall, the Oklahoma Bar Association Women in Law Committee presented her with a Mona Salyer Lambird Spotlight Award in recognition of her leadership.

“Katheleen Guzman has a consistent record of excellence and is universally known in the OU Law community as a champion for student success,” said Interim Senior Vice President and Provost Jill Irvine. “Her expertise and enthusiasm inspire our students – even well after they have graduated – and I have no doubt she will continue to do great things for OU Law.”

She will also serve as the Fenelon Boesche Chair in Law and is the first woman to be fully appointed and confirmed in this capacity at OU Law.

Guzman has served as a co-reporter for the Uniform Law Commission Model Tribal Probate Code and is working with OU Law Professor Emeritus Mark Gillett on an updated edition of Fiduciary Accounting: Principles, Modern Applications, Illustrations. Her legal scholarship focuses on the intersections between property, culture and law, most recently exploring sociolegal boundaries between speculative property interests and the expectancy.

She is a member of the Pennsylvania, Tennessee and Arkansas bars, and lectures nationally to students preparing to sit for the bar examination. She has been a visiting professor of law at Villanova University and recently completed a three-year term on the Yale Law School Association Executive Committee.

Guzman earned a bachelor of arts with honors and a J.D. with highest honors from the University of Arkansas. In law school, she served as articles editor for the Arkansas Law Review and received the Outstanding Law Student Award from the National Association of Women Lawyers. After earning an LL.M. from Yale Law School, Guzman worked as a litigation associate with the Philadelphia law firm of Dilworth Paxon.