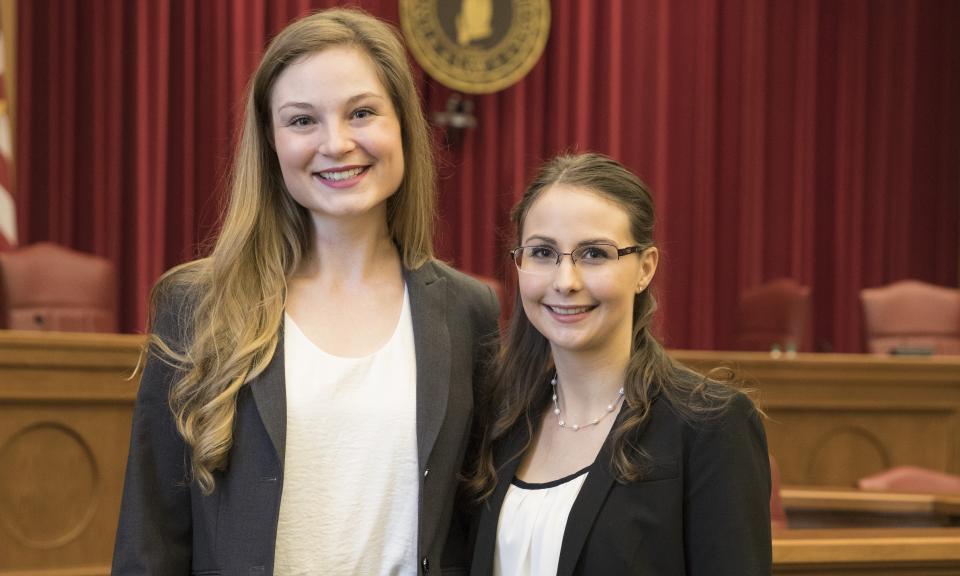 For the past three and a half weeks, all 1L OU Law students participated in the 1L Moot Court Competition. Each round took place in various court rooms, conference rooms and classrooms throughout Coats Hall. The annual competition is organized by the OU Law Board of Advocates and sponsored by Whitten Burrage.

Congratulations to this year’s winners, Taylor Peshehonoff and Ashton Poarch! And job well done to the other final team of Austin Sheehy and Grayson Walker. Special congratulations to Nick Marr for being awarded the title of Best Speaker.

OU Law extends a special thanks to the following final round judges:

The $2 million gift establishes the Judge Thomas Brett Endowed Scholarship Fund to aid in the recruiting and retention of students at the University of Oklahoma College of Law. NORMAN – The...

NORMAN, OKLA. – The Department of Legal Assistant Education at the University of Oklahoma will continue to offer 100% online courses for the Fall 2021 semester in synchronous and asynchronous...

A gift of $50,000 has established the Judge Charles "Buzz" Goodwin Scholarship Fund with the hope that it will inspire other contributions honoring the former Western Oklahoma judge. NORMAN...