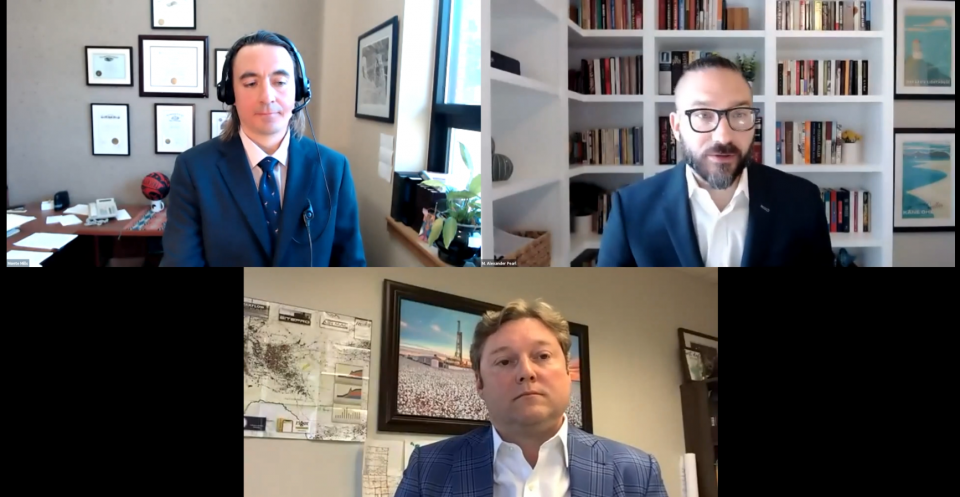 The University of Oklahoma College of Law hosted the Oil and Gas, Natural Resources, and Energy Law Journal Symposium 2021 on April 2 via Zoom Webinar. This year’s symposium covered two main topics - “McGirt and Emerging Indian Country” and the “Path to Net Zero.”

Chief Justice Joseph Williams provided context on McGirt from the practitioner's point of view. He expanded on what the decision could mean for tribes, tribal citizens and non-Indians and land.

Professor Heather Payne expanded on an avenue to reach net zero through the electrification of utilities and home appliances and a transition away from natural gas as an energy source infrastructure.

Kim Smaczniak concluded the symposium with a discussion on the goal to be near net zero by 2035. She explained that the path to net zero runs through the power sector and emphasized the impact that regulatory reform can have.

A portion of the symposium was dedicated to presenting the Owen L. Anderson Distinguished ONE Award to Jason Maloy, co-founder and partner at Tall Cotton Energy, LLC & Rising Star Energy Partners, LLC.  The award was presented to Maloy by Professor Emeritus Owen L. Anderson, for whom the award is named.