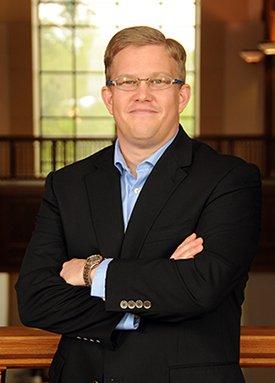 Last week, Prof. Stephen Henderson spoke on a panel at Georgetown Law for the school’s American Criminal Law Review 2017 Symposium. The symposium’s theme was “Katz at 50: The Fourth Amendment in the Digital Age” marking the 50th anniversary of the Supreme Court’s decision in Katz v. United States, which introduced the notion of a “reasonable expectation of privacy” as the standard for defining searches under the Fourth Amendment.

In addition to Prof. Henderson, 15 other practitioners, scholars, and policymakers from agencies such as the U.S. Department of Justice to institutions like New York University School of Law, presented at the symposium.

Symposium sessions focused on the legacy of the Katz decision and how it has affected the interpretation and implementation of the Fourth Amendment. Session topics included: “Privacy in Public Surveillance,” “Katz at 50: Modern Approaches to the 4th Amendment,” and “Racial Impacts of Surveillance.”

"It's an exciting time to be working in this area,” said Stephen E. Henderson, Judge Haskell A. Holloman Professor of Law. “I've been thinking and writing about the Fourth Amendment and new technologies for well over a decade, but it isn't at all rare for legal doctrines – and especially constitutional ones – to lag behind the pace of technological and social change. And with all the problems we face in criminal justice, courts are beginning to demonstrate an increased openness to some of the exciting work being done by scholars in these fields. We aren't out of the woods by any stretch, but it is possible we are headed in the right direction."

In His Own Words: Caleb Stillwell Discusses His Path to OU's LAE Program

My experience in OU Law’s Legal Assistant Program was life changing. After graduating from college, I started working in sales and quickly realized that it was not a career I was passionate...

NORMAN, OKLA. –The Department of Legal Assistant Education at the University of Oklahoma College of Law is now accepting applications for its spring semester Paralegal Certificate Program...