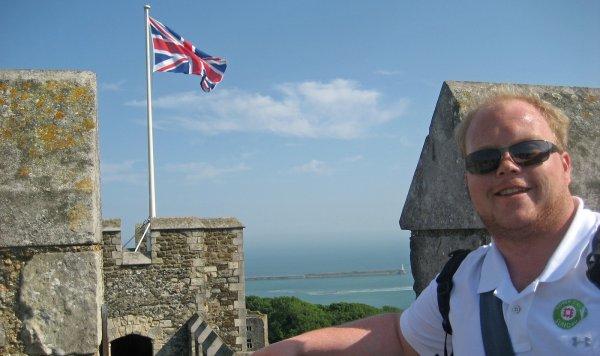 The Oxford Summer Program is a unique experience that allows law students from the University of Oklahoma and around the country to study in the oldest university in the world, Oxford University.  The university is like no other, due to the vast campuses of the colleges that have been educating students for nearly 800 years.  Through this program, the students canvas the haunts of C.S. Lewis, J.R. Tolkien, Canadian Prime Minister Lester B. Pearson, British Prime Minister Tony Blair, Author Joseph Heller, and many other prominent world influencers.

While at Oxford this summer, we were able to take a variety of classes from both British and American professors of law.  We had the pleasure of learning from Oklahoma Supreme Court Justice Steven Taylor, who taught a class on the Bill of Rights, adding great insight from his experience as a trial judge and from presiding over the Murrah Building Bombing trial.

In Oxford, we stayed at Brasenose College.  The college was founded in 1509.  It is situated on one side of the Radcliffe Square, which houses the Radcliffe Camera and Saint Mary’s Cathedral.  While there are a number of things to do while in Oxford, the most famous are punting on the river, climbing the tower at Saint Mary’s Cathedral, and exploring the 38 colleges that make up the university.

Students must take between four and six hours of credit during the five week program, meaning quite a bit of work.  The classes range from a little more than a week to the entire program.  The nice thing is that classes only run Monday through Thursday.  From the moment students get out of class on Thursday, many are headed to their weekend destinations scattered throughout Europe.  Many of the students travelled before or after the program.  While participating in the Oxford Program, I was able to travel parts of Ireland, England, France, and the Czech Republic.  Others on the trip went running with bulls in Pamplona, enjoyed the beer gardens of Germany, ate chocolate in Belgium, visited the Van Gogh Museum in Amsterdam, experienced Italy, traveled to the Scottish Highlands, and more.  One may never know where you are going to travel or who you are going to meet along the way.

While in Europe, you might plan on seeing old friends, catching up with unexpected ones, and you are sure to come away with many new ones.  I flew into Dublin, Ireland, to see some friends that I met five summers ago when I studied in France.  While there, I got a Facebook message from a friend I went to middle school with that I had not heard from in almost twelve years.  Turns out she and her husband live in London and we were able to meet up and rekindle an old friendship.  With a number of students from colleges around the states, I can now say I have new friends in Arizona, Arkansas, California, Michigan, and Texas.

If you have the opportunity to attend the program, the only advice I have for you is to start making a priority list of what you want to do and where you want to go.  Each study abroad is different, but the thing about Oxford is that you get the opportunity to live and study in one of the greatest centers of learning in the world.  People always say “I wish I....”  If you go, you will cherish it always.  If you do not go, you will be saying to yourself, “I wish I went to Oxford.”