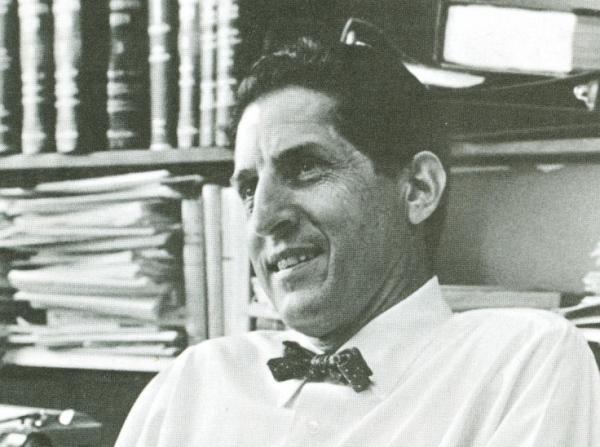 On January 18, the OU College of Law community lost a very special and dear friend. Professor Emeritus Frank Elkouri was an outstanding scholar and a nationally recognized authority in arbitration. His book “How Arbitration Works” is still widely referenced today in courtrooms and classrooms. Professor Elkouri was an equally talented educator, inspiring students and faculty alike, during his 58 years teaching at OU Law.  As an undergraduate at OU, Professor Elkouri Frank excelled in playing clarinet as part of an OU big band, which he also managed.

After learning of Professor Elkouri’s passing, OU President David Boren said, “In the entire history of the OU College of Law, no faculty member has been more dedicated to his students and more generous to the school than Professor Frank Elkouri.  I will always feel fortunate to have been able to study under him when I was a law student and to benefit from his international expertise in his field.”

In 2011, he and Edna gave the largest one-time gift ever given to the College of Law, with the entire gift going to endow student scholarships. This $6 million gift touched us deeply, not only because of the opportunities it provided to current and future law students, but also because of the spirit in which it was given. It truly was a gift from the heart.

A Sooner Lawyer article and video were produced during that time, honoring the Elkouris, their remarkable careers, and their legacy. I have posted links to both items below in remembrance of Professor Frank Elkouri. We miss him greatly.

“A Tribute to Frank and Edna Elkouri” video:  http://youtu.be/itFtFKAI9Ec (Opens in new window)